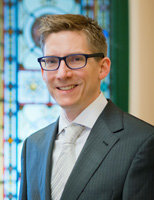 Dr Laurence undertook medical school, internship and junior resident training in Surgery in the United Kingdom. He came to Australia in 2005 to complete a PhD focused on transplantation immunology at the University of Sydney. This was followed by training in General Surgery in Australia, based at Royal Prince Alfred and Concord Hospitals. After the award of the Fellowship of the Royal Australasian College of Surgeons in the specialty of General Surgery in 2011, Dr Laurence completed a further four and a half years of post-fellowship training program in Bariatric (Obesity), Hepatobiliary (HPB), Upper Gastro-Intestinal (UGI) and Transplantation surgery. His first year was at Westmead Hospital. After 18 months in Queensland based at the Royal Brisbane and Princess Alexandra Hospitals, Dr Laurence relocated to Toronto to undertake a further two years of training in complex visceral surgery, including transplantation.

Dr Laurence returned to Australia to practice in Sydney in 2015. He is also appointed as an Associate Professor at the University of Sydney.

The Sydney Institute for Obesity Surgery (SIOS) welcomes the skill and care that Dr Lawrence brings to our team.