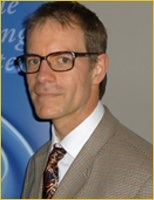 Associate Professor Wilson graduated from the University of NSW Medical School in 1988 with first class honours. He completed resident and basic surgical training at St Vincent’s Hospital and then moved to Prince of Wales hospital to begin the Royal Australian College of Surgeons training program. He completed surgical registrar rotations at Prince Henry, Sutherland, Tamworth, Prince of Wales and Bankstown hospitals and was awarded the FRACS in 1996. He then worked as the Surgical Fellow at Prince of Wales and Bankstown hospitals.