When he tossed a fan’s camera into a tree at the 2008 Australian Open he was 135kg. Little wonder there’s not much left of the device.

Within months he had the life changing procedure which stripped the weight off and restored his sense of humour.

“I can’t say it’s the best thing since sliced bread because we try not to eat bread on the band,” he said.

A 95kg Daly arrived in Sydney ahead of next week’s Australian Open at the Lakes – allowing The Daily Telegraph special access to his visit to the Sydney Institute for Obesity Surgery.

Now he’s 94kg and has been around that weight for three years.

“This is something that is serious and dear to me, as long as I’m between 88kg and 93kg I’m happy.

“The Daly family genes mean if we look at food we put on weight.”

Daly’s 19-year-old daughter Shynah suffered the same curse as she battled obesity through her teenage years.

When she saw how much weight her father lost she had the same surgery herself and lost 60 kg.

Daly recalls a tearful phone call from Shynah months after the operation.”She was crying and I said ‘Shynah what’s wrong’?” he said. “She said ‘Dad I’m wearing jeans for the first time in my life’ … and that was when she was 17. One of the biggest reasons I did it (the surgery) was to see my kids raised but I did it for her as well.”

At 45 Daly is working as hard on his family as his golf game.

Travelling with him is his eight-year-old son John Patrick Daly Junior after Daly won custody of ‘Little John’ 10 months ago from his third wife Sherrie Miller.

Daly quickly points out that the surgery isn’t a magic wand for weight problems.

Each of his recent visits to Australia have included a consultation with Dr Phil Seeley.

“The surgery is only a tool and requires regular attention. John is a sportsman and knows the value of hard work. He still has to watch what he eats,” Dr Seeley said.

But the ‘Wild Thing’ hasn’t turned into the ‘Mild Thing’ just yet.

Five weeks ago he stormed off the course at the Austrian Open after a dispute with an official. The two-time major champion also threw his club into the lake at the par-three 15th.

Daly will play in next week’s Australian Open at the Lakes and the Australian PGA at Coolum.

The biggest loser still has ambitions to become a big winner Down Under.

“(But) it keeps me coming back, I’m so competitive.

“It would be really nice to win one in Australia,” 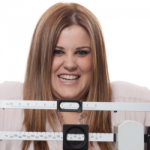