Bariatric surgery not a ‘last resort’ for diabetics

Australia was the first in the Asia-Pacific region to recently endorse the LAP-BAND for use in people with a BMI over 35 or a BMI greater than 30 with at least one serious, obesity-related condition. For the first time, adults across the whole obesity spectrum who have failed conventional weight loss measures (diet, exercise and medication) can access this clinically effective, long-term, weight loss option.

According to Professor Paul O’Brien, Head of the Centre for Obesity Research and Education (CORE) at Monash University, Melbourne, broader use of the LAP-BAND among obese adults will have a significant and positive effect on health in Australia and the US.

“We know that serious, obesity-related health complications have already begun by the time a BMI of 30 is reached, which is the lower limit of obesity.1

“The LAP-BAND was previously available to those with a BMI of at least 35 and one serious, obesity-related condition. Until now, obese people with a BMI under 35 who carry significant health risks have had limited options to improve their health when other conventional weight loss measures, such as diet and exercise, have failed,” said Prof O&’Brien.

In Australia, the first LAP-BAND procedure was performed in 1994, and last year more than 11,000 gastric banding procedures were conducted.8 In total, more than 600,000 procedures have been performed internationally.9

“In one of our landmark studies that contributed to the FDA&’s decision to expand the indication for the LAP-BAND, those who had mild-to-moderate obesity (BMI 30-35) showed very clear benefits with the gastric band compared to a matched group who received the best conventional weight loss treatment,” said Prof O&’Brien.

“Obesity is a complex disease. We all have different messages from our brain about food. It is sometimes assumed that those who over-indulge in food must have a lack of self-control. However, the spectrum of pressure to eat can range from minimal to an overwhelmingly persistent hunger that can never be satisfied.

“The FDA announcement is a welcome relief for people struggling to lose weight who want to improve their health and quality of life when other options fail,” Dr Brancatisano said.

“The broader indication for the LAP-BAND across the whole adult obesity spectrum will allow Australia and the US to lead the way in the fight against obesity,” said Dr Brancatisano.

Landmark Australian research contributed to the FDA’s approval of the gastric band for use in adults within the lower limits of obesity. A world-first study, conducted at the Centre for Obesity Research and Education (CORE) at Monash University, compared the effectiveness of LAGB to non-surgical treatment (diet, exercise and medication) in obese adults with a BMI between 30 and 35. The research found that LAGB resulted in a loss of 87.2 per cent in excess body weight, compared to 21.8 per cent with non-surgical treatment; a greater reduction in obesity-related health conditions for LAGB; greater improvements in quality of life across all measures with LAGB.10

A second Australian study also conducted at CORE, that formed part of the FDA submission, revealed that gastric banding surgery is five times more likely to reverse type 2 diabetes than simple lifestyle changes.11 The study revealed 20 per cent of average body weight loss with LAGB compared to 1.4 per cent average body weight loss with conventional diabetes care; an 80 per cent improvement to normal limit blood sugar (glucose) levels with LAGB, compared to 20 per cent with conventional diabetes care; a greater reduction in the use of diabetes medication with LAGB and a greater reduction in associated health conditions, including use of blood pressure and lipid lowering medications. 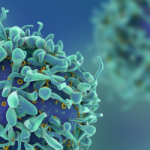 The link between excess weight and cancerResearch